Einstein Medical Center Montgomery (EMCM) and the community in central Montgomery County is home to Dr. Amy Swift, a general surgeon who joined the Einstein family in 2011 as a surgical resident and who stayed on as staff at the completion of her arduous training, in order to grow roots in the community she loved and work shoulder to shoulder with medical staff she admired. She found her calling as an in-house overnight surgeon and in doing so, saved countless limbs and lives by making critical split second decisions. Dr. Swift has made quite a reputation for herself in the medical community and wears that badge proudly. She recalls: “I am first, and foremost, a patient advocate. I believe you could ask anyone at EMCM and they would attest to this fact. I care about the patients that place their trust in the physicians and staff at this hospital.”

Recently, according to Dr. Swift, changes were implemented by administrators of EMCM against the objections of the surgeons – changes that will have a direct impact on the level of care received by the very patients who have entrusted this institution with their lives. As a direct result, several general and specialty surgeons have left EMCM and/or are planning their imminent departure.

In July 2020, Chief Medical Officer Dr. Angie Nicholas sent an email to the staff at EMCM announcing the implementation of a new acute care surgery model which will “create a 24/7 general surgery presence.”

While at first glance this model may seem to be a step forward, this new model utilizes nurse practitioners and physician assistants with minimal or no surgical experience or training to replace overnight hospitalist surgeons.

“Having inexperienced non-physician practitioners… providing coverage overnight is a disservice to the surgical patients at EMCM. It is critical for anyone providing care to surgical patients to have experience in recognizing emergent surgical issues requiring prompt diagnosis and intervention. The same is true for surgical complications, many of which require prompt recognition and a return to the operating room,” wrote Dr. Swift in an email to Mr. Barry Freedman, CEO of Einstein Healthcare Network.

There has always been an in-house overnight surgeon providing coverage at Einstein Medical Center Montgomery since the hospital opened in 2012. Unfortunately, this reality is coming to an end as the hospital apparently places profits before patients. “This ‘new model’ is a source of great concern to the surgical staff,” said Dr. Swift. These changes were implemented by hospital administration despite passionate objections by the surgeons and ancillary staff.

The concerns which have been voiced directly to hospital administrators have fallen on deaf ears and have come with a price to those who will not remain silent.

Dr. Swift’s employment was threatened by hospital administration, after she sent an email to Mr. Freedman, who, according to Dr. Swift, expressed disgust with her decision to contact him. In a private meeting with Angie Nicholas, MD, Chief Medical Officer and Beth Duffy, Chief Operating Officer at Einstein Montgomery, Dr. Swift says she was chastised for telling the nursing staff on the surgical floors that she was leaving, and the administrators further demanded to know the names of the surgeons who are unhappy with the hospital’s plans.

“I have refused to be silent. I fully expect to face the wrath of admin. There will never be a day when I put my own job before the safety of a patient, another human being. I’m not intimidated by them,” Dr. Swift proclaims.

Dr. Swift is planning to move on from Einstein, the only home she has known. “I have treasured being a part of Einstein. It has been an honor and privilege to care for the patients on the surgical services. Many of whom, I have known for as long as they have been coming to EMCM for their care,” she states. “Patient care and patient safety is what sets Einstein apart from other hospitals, or so I thought. I was wrong.” 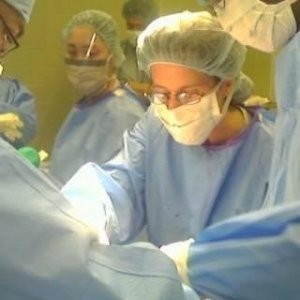